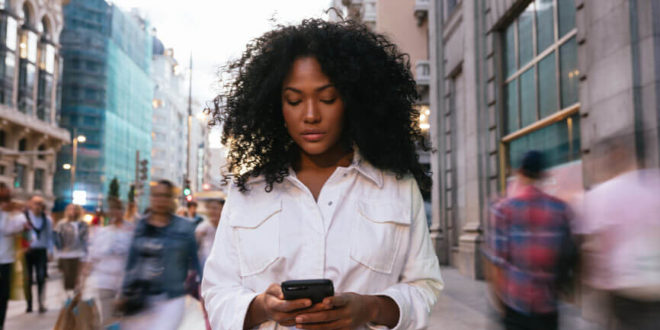 
Fog alert! The first Mercury retrograde of 2020 is here. This signal-jamming transit adds an extra dollop of disarray to our daily routines and affairs. Find out how to stay afloat while Mercury is in reverse!

What is Mercury retrograde?

Three or four times a year, Mercury passes the earth in its orbit. As it rounds the bend, Mercury slows down and appears to stop (station) and spin backward (retrograde). Of course, it really ISN’T moving backward, but much like two trains or cars passing each other, this creates the optical illusion that one (Mercury, in this case) is going backward.

Mercury rules technology, travel and communication, so during Mercury retrograde, all of these things can go haywire. Any time the messenger planet shifts into reverse, our thinking can get muddled, communication can go sideways, and scheduling will require extreme flexibility—and patience! (See also Mercury Retrograde: How to Survive A Three-Week Communication Crisis)

This is the first Mercury retrograde of 2020, the others will be June 18 to July 12 in Cancer and October 13 to November 3 in Scorpio.

What you can expect during the first Mercury retrograde of 2020

While Mercury backs up through Pisces from February 16 to March 4, the sign of hidden agendas, illusions and the imagination, it’s going to be hard to pinpoint what’s true or real. During this time, take nothing at face value. You also can’t rely on people to be upfront with their intentions. Accept the fact that it’s going to take until mid-March to get a straight answer out of anyone.

If you considered turning up the heat or delivering an ultimatum, we recommend a different strategy. Pressuring people might get you a very loud, “Leave me alone!” or a yes that turns into an “Oops didn’t mean to say that” three weeks from now. Also, you might think you’re saying it with poetry, but other people just feel pressured. Don’t try to manipulate people with sweet talk or a sweeter deal than you can actually deliver on.

When Mercury retrograde rounds out its reign of extraterrestrial terror in Aquarius from March 4 to 9, protect your tech! Okay, maybe it won’t be THAT bad, but given that Aquarius is the natural ruler of the Internet and all of our electrical and wired-up devices, you can’t be too careful. Switch to the strongest possible passwords and maybe turn off your Bluetooth when you’re in a busy public place. Put a lid on any drinks if you’re sipping near your laptop.

This final portion of the first retrograde of 2020 can cause team dynamics to go off the rails. If you have to make a group decision, coming to consensus could be as easy as herding cats. If possible, postpone any hiveminds and masterminds until after March 9. And if that’s not possible, bring a good old-fashioned talking stick to the meeting and set firm ground rules. All feedback must be constructive—and no one’s allowed to use the talking stick as a weapon!

Here’s how your zodiac sign can cope in the potential crosshairs of the first Mercury retrograde of 2020:

Truth is stranger than fiction…or is it? With Mercury retrograde in your twelfth house of illusions, you may need to battle some rumors. Don’t believe everything you hear, Aries. It’s an excellent time to dust off an abandoned a creative project, especially one that summons the nostalgia of an earlier era or bygone time of your life. Reunite with old collaborators from March 4 to 9.

Protect your tech while Mercury backs through the digital domain of your chart until March 4, Taurus. With the messenger planet rogue in your friendship zone eleventh house, you could reunite with old crew members or navigate team tension. Career curveballs may come from March 4 to 9, so prepare for interruptions by having a smart backup plan and all your materials organized.

Career and long-term goals could get delayed or derailed with Mercury in your ambitious tenth house until March 4. Step away from frustrating work and clear your head, Gemini. Break big jobs down into manageable tasks or ask for a deadline extension. Your father or an important guy could be the source of some friction now. From March 4 to 9, choose every word wisely because your well-meaning advice could wound a tender soul. Travel plans may be delayed or need adjustment.

It’s not often that we have to discourage Cancers from taking risks, but with Mercury rogue in your expansive ninth house until March 4, your timing could be off. Emerge from that shell a claw at a time. Save your outspoken remarks and shocking debuts for next month, along with any overly complicated travel plans. In the early part of the retrograde, you’ll want freedom, but watch your jealous streak from March 4 to 9! Try not to push a good one away in February just because you want your space.

Mercury is retrograde in your intimate eighth house of merging and money until March 4, Leo, making it hard to join forces for both business and pleasure. Tread carefully with your trust and use this time to process any intense emotions you’ve swept aside. Take special care with legal and financial documents, giving them an extra look—or hiring a pro to assess. An ex or old flame could return from March 4 to 9, begging for a do-over or to “work on building a friendship.” It’s worth exploring if there’s still some magic there but proceed with extreme caution. If you know they’ll disrupt your ability to move on, keep the door closed.

Assess your partnerships—are they balanced and harmonious, Virgo? Mercury retrograde in your seventh house relationship zone could bring back an ex or reignite an old resentment between February 16 and March 4. Talk it out diplomatically and directly, avoiding the Piscean obscurity at all costs. Review contracts with an extra-keen eye, since vital details could be missed. Still hanging out with that energy vampire? Quit asking yourself why; just invest in other, more rewarding relationships instead. From March 4 to 9, focus on self-care and wellness but avoiddiagnosing with Dr. Google! Book check-ups and procedures for after March 10.

Order in the Libra court! Mindful Mercury’s mayhem happens in your sixth house of health and wellness through March 4, ramping up stress and making it hard to stay on top of the details. Your self-care schedules could get thrown off and you may find it hard to juggle everything. Slow down, prioritize and ask for help—from the right people, since even your normally rock-solid supporters might not be available. If you can avoid any medical procedures before March 10, do, otherwise,walk in fully informed. Romance could hit a rocky point from March 4 to 9 but keep calm and don’t say things you’ll regret!

Drama alert! Mercury retrograde in your expressive fifth house could bring back a dramatic ex or just make you a little “extra”—without the comedic timing that would make that amusing. Deep breaths, Scorpio, and ignore those button-pushing texts when you’re tempted to take the bait. Pour your passion into a creative project that got sidelined. Just say no to that style overhaul…but “yes” to clothing swaps, vintage remixes and giving your closet a good edit. You could revive a flatlining relationship, but that may require some negotiations around privacy and personal space from March 4 to 9.

Home and family can be a source of chaos is Mercury disrupts your domestic sector/fourth house. Mothers, children and female relatives work your nerves especially, Sagittarius, and your emotions are pretty prickly with normally-sensible Mercury making you moody and thin-skinned. Ramp up the self-care and use this period for some nostalgic trips down Memory Lane…or a home decor overhaul. Finish any household projects up or do a deep declutter that would make Marie Kondo proud. Reunite with pals from your past and work on half-finished writing projects from March 4 to 9.

Choose your words with care, Capricorn. You’ve got a double dose of retro since Mercury is askew in your third house of communication and information until March 4. Honest conversations, especially with siblings, friends and neighbors, can help clear the air. But you’ll need to be majorly diplomatic to pull that off, stepping into the other person’s shoes and mirroring back whatever they say with “active listening.” Even still…facts get obscured, messages get mixed and signals jammed. Triple-check reservations, as you’re likely to double-book or get the time wrong. It’s a not-so-funny comedy of errors trying to keep your plans straight. Stick to a strict budget from March 4 to 9.

Money could slip through your fingers with Mercury off-kilter in your finance and work second house. Colleagues and clients could get under your skin, Aquarius, and office electronics could break down without notice. Take stock of your spending and other habits and look where you can make impactful improvements. Ditto for your budget. Use this retrograde to self-audit and self-edit—then make a plan for strengthening the weak spots. When Mercury retrogrades back into your sign from March 4 to 9, you could revive an old passion. Keep it to yourself initially because we guarantee: People will NOT understand.

Cancel the PR tour: With Mercury retrograde in YOUR sign until March 4, the less you say, the better, Pisces. Curb the over-sharing and think before you hit “post” or “publish” or “send” on anything. Better to use this period to refine your ideas before you unleash them on your public. Avoid any dramatic changes to your appearance. Just say no to the pixie cut or body sculpting treatment while Mercury’s awry in your first house of image. Need to make amends or drop a grudge? March 4 to 9 could bring a round of deep healing. But keep some boundaries in place, especially when it comes to your personal time and space. 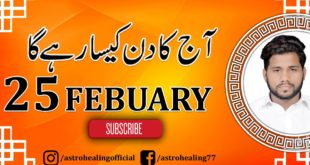 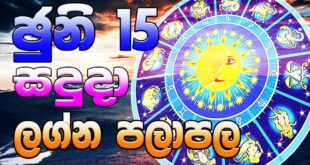 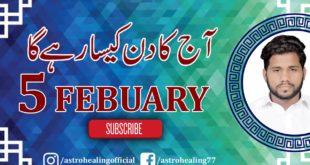 Astrologer, Shailendra Pandey tips on how you can better your life by adopting various habits …