June 2018 will be the Worst Month for These Zodiac Signs

June 2018 is going to be the Worst Month for These Zodiac Signs.

Remember that song by Lana Del Rey wrote about “Summertime Sadness,” it’s almost as worse than any other form of seasonal sadness.
Why? Well, it just doesn’t make sense, right? Birds are singing, the sun is shining [sometimes], everyone is happy. If you’re feeling down, you’re not the only one, because June 2018 will be the worst month for these zodiac signs: Aries, Capricorn and Scorpio. Sorry to be the bringer of bad news starsigns.

By the end of June, half of all the dominant big boy astrology planets will be in retrograde. This will affect ALL signs in the zodiac; this could be like an uphill battle, tripping over yourself as the RAGE increases and then giving up with resignation.

Instead of allowing it all to get to you, this might be a time to retreat inwardly and protect your self and try to avoid the Worst Month for These Zodiac Signs.

ARIES: YOU GOTTA TAKE IT SLOW

Aries, Mars, will enter retrograde by the end of the month on June 26. Your ruling planet is, passionate and ruthless. Mars will be retrograde in Aquarius, so check if you have any Water Bearer in your chart to see exactly what area it might affect. Retrogrades always involve a dark timeline; you’re almost guaranteed to feel its effects in some form for at least a month.
The Mars retrograde will occur in your 11th house of community; you may feel compelled for an intense desire to be free, to run wild with the wind, and to attend every social event you come across. With Mars rolling backwards in the sky, you could feel frustrated when you inevitably hit roadblocks instead.

You’re not a sign that sits well on the subs bench, Aries is a rapid and fast-paced zodiac sign by their very essence. You seriously don’t like it when there are inconveniences in your path, and you don’t like waiting much either.
With June pretend you’re running a marathon rather than a sprint like a speed demon. Conserve your energy and remain firm and steadfast, this month doesn’t have to be so annoying.

CAPRICORN: UNUSUALLY FOR CAPRICORN YOU ARE OVERWHELMED WITH EMOTIVE FEELINGS

June 28th Full Moon occurs in your zodiac sign Cappy. It won’t be as mystical as lore and legend, beautiful revelations, incredibly transformation, and spiritual reward will have you believe.

Unbearable truths may be revealed, and no matter how much you might want to avoid them, you won’t be able to at all. The full moon will occur in unison in conjunction with a Saturn retrograde, which of course is your ruling planet. You WILL feel these effects one hundred-fold.
Your emotions will seem extremely serious because of Saturn retrograde occurring so closely with the full moon in Capricorn. Whatever happens, may trigger you to drastically have a good think about significant parts of your existence.

Imagine lifting a rock and 100s of denizens running away. If you make some right changes, these residents won’t come back. Stat.

SCORPIO: YOU MIGHT TURN UP THE PRESSURE DUE TO BOTTLED UP EMO

Just like Aries fiery and aggressive Mars, one of your ruling planets will enter retrograde as of June 26, Scorpio . The dark section of this retrograde will start well before that.

Pluto your other ruling planet has also been in retrograde since April, this will mean that you have a double whammy that not one but two of your worlds are in retrograde motion. This WILL ensure the effect of sucking your energy down or flaring your defences up.

At the same time, your desire to be alone will be in direct conflict with the current intensity of your eighth house of death and rebirth. Scorpio rules over the eighth house, and with both the sun and Mercury filling it with power, your passions and instincts are in superpowered.

Your libido is revved up, your depths are further deepened, plus your ambitions will go through the roof. Have a look to see if your astrology week might be slightly better.

Next Five Memes That Sum Up Aries Women 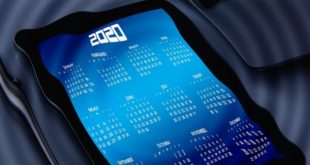 Astrology Events Around the Globe in March 2020 | Jessica Adams 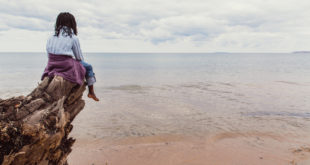 Embrace the power of forgiveness. The Sun is in compassionate and creative Pisces from February 18 …